I’ve finally got my Visa last tuesday. All the procedure for the Visa exhausted me during these previous weeks, the embassy firstly refused my visa request, asked me a lot of documents, I was obliged to do costly lightning trips between Nancy (my hometown) and Paris, etc. but i’ve got it !

Info: The next article will be in french as its purpose is to advice how a french should prepare his trip in India, supposing that processes are different in others countries.

This is a beautiful video realised by Stanislas Giroux, who comes from Nancy (France), during his trip in South India. Especially, you can discover amazing landscapes from Auroville and Pondicherry and imagine the daily life in the Tamil Nadu region.

I let you discover it by yourself !

Yesterday morning, I received a very nice tool, maybe essential, to get electricity when I’ll be in isolated farms in South India or during a trek in Nepal’s mountains… a portable charging kit with an accumulator and 2 little solar panels ! 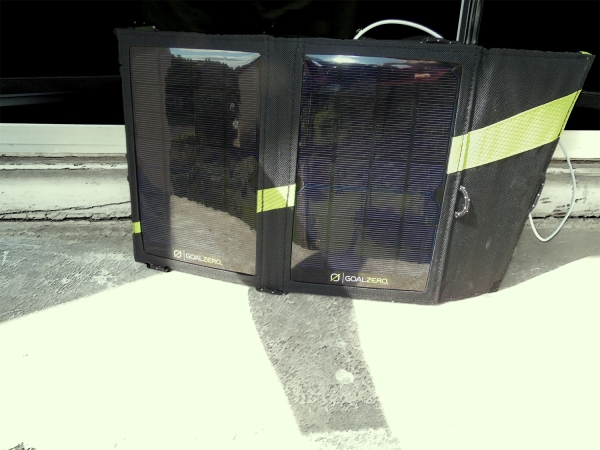 With this kind of new technology equipment, you can produce electricity for all your portable devices (phone, camera, etc.). A sunny weather is required, since it needs 2-4 hours of sun per day to fully charge a smartphone or a camera.

The price for this kind of product is still quiet expansive, from $50 to $400, but could be a good investment if you prepare a long trip where there is scarce electricity. If you are interested in purchasing one, you can have a look on this website that compares most of the portable solar panels.

Thanks to this kit, I will be able to take a lot of pictures for this blog and my camera will never run out of power !

Auroville, also known as “The city of Dawn” or “La ville de l’Aurore” in french, is an experimental township closed to Pondicherry in South India. 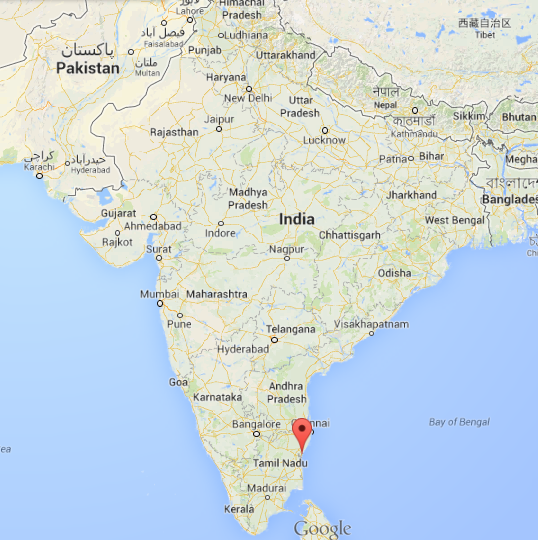 The idea came from Mirra Alfassa, a French born in Paris in 1878, which has created Auroville in 1968 and defined it as “an universal town where men and women of all countries are able to live in peace and progressive harmony, above all creeds, all politics and all nationalities. The purpose of Auroville is to realize human unity.”

The Mother also created the Auroville Charter that sustain her original idea in four points: 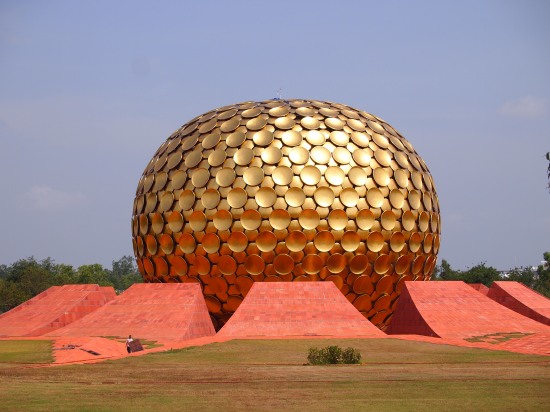 To resume, the concept of Auroville is really simple with the final objective of making the life of each member as easy as possible: without any money or private propriety, everybody is primarily contributing for the good of the whole community through the divine consciousness.

According to the previous charter, it’s true that Auroville looks like a “sect” and economically speaking seems to be based on a kind of communist model. However, it is important to understand what is the communism and why Auroville is similar or different from it before making conclusions.

Let’s consider the communism in a Marxist perspective. Firstly, Marx did not criticised the capitalism in his own, he criticised all the economists which believed that the capitalism was the only viable economic model and that it will governs the human society all the time. Indeed, in the Marxist theory, the communism would be the continuity of the capitalism when the productive strengths will not correspond anymore to the production relationships. In other words, Marx said that historical periods are defined by conflicts and that these conflicts are due to too many differences between the current economic model and the society evolution. In this sense, Auroville is neither the result of a conflict nor the continuity of the capitalism. Therefore, it is an experience of another way of life initiated by some people in the capitalism system, which is called an utopian socialism.

Actually, even if Aurovillians don’t use money, Auroville is exporting and importing some goods and this cannot be done without currency. Where does this money come from? Essentially from grants and different initial donations, earned in a capitalist model.

Secondly, Marx explained that one characteristic of the communism is a classless society where there is only one economic class, the workers, and where no one would be exploited by the other, the capitalists. In Auroville, there is no economic class and each Aurovillian works according to his capacities and receives according to what he needs. In this perspective, Aurovillian economic model is closed to communist but cannot be strictly called a communist society if we consider the entire Marxist theory while it could be defined as an utopian socialist.

Finally, I am wondering if Auroville could welcome 50,000 habitants (there are approximately 2500 habitants) without the appearance of “classes” in the community and how it would arrived to maintain his cause without any authority protecting it and looking after its longevity, like an institution or a government. The divine consciousness appears to be a kind of spiritual social-welfare’s protector but, in economics, it seems impossible to reach a social optimum for a large group without a central organisation, whereas it is exactly the aim of Auroville.

The economic activity is organised around different work units:

All these activities are managed by different organisations where every Aurovillians can participate. The research is very active, particularly there is an important enthusiasm for the development of renewable energies, for example wind turbines, solar panels as well as biomass, with an eye to reach energy independence. 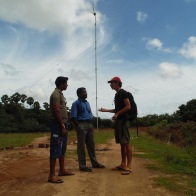 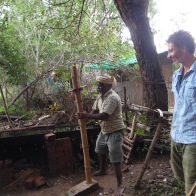 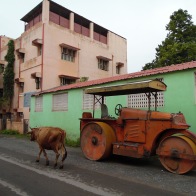 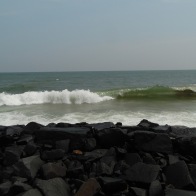 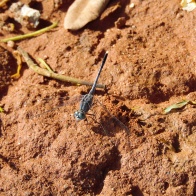 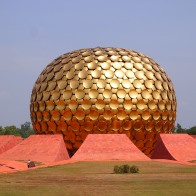